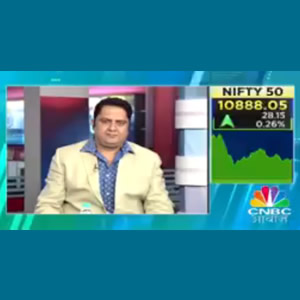 "Markets shall perform very well,
I can give it to you in writing" Predicted for New Year 2019

"Markets shall perform very well,
I can give it to you in writing"- This is something I'd rarely say but I did 😉as was extremely optimistic about it

Best part is this was predicted when the Markets were down & out, in 2018. (That poor performance was predicted too in early 2018. New Year Story)

No prizes for guessing, it has shattered all records and driven the market even further

The market has been a roller coaster and the only way is up! This surge in these points has inflated selling potential and opened doors for future investment

The results fell exactly in accordance with what the market participants were anticipating; meaning NAMO win was important for the expected rise hence we were confident about his win too!

If this is not about Numbers then what is?