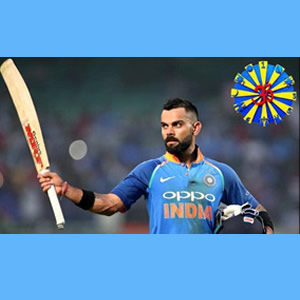 A No 5, his name adds by default to No 32 (5) too! Often compared with Master Blaster Sachin Tendulkar, other common thing is, both their names add to the same Number (5)!

This Scorpio is on fire!

Though they had split, during their courtship, we had always said that his Number’s are compatible with Anushka Sharma who is an ‘Earth’ element while he’s a ‘Water’ Sign, both Earth & Water have survived with each other since the inception
Copyright © 2016 Jumaanis All Rights Reserved | Disclaimer
Site Designed by : Design Dynamics