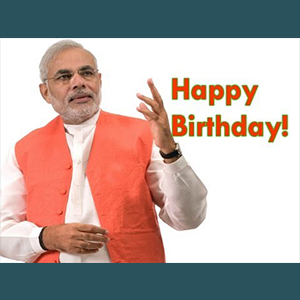 In the 2014 electoral, we had picked Modi Sarkaar 2 years before the elections even took place, also much before the NAMO wave
We opine to the same this time too!

In the 2014 electoral, we had picked Modi Sarkaar 2 years before the elections even took place, also much before the NAMO wave

We opine to the same this time too!
Why? Read on-

His name adds to '5' too. He is also the 14th (5) Prime Minister of Independent India. 5, Mercury is the fastest, known as the planet of communication & travel! Now you know why he's outside the country most of the time

Not only did he not lie low Demonetisation was announced on 8th Nov at 8 PM It's a known fact that this hit the already growing economy badly as even RBI recently admitted the failure of this huge exercise that was not only futile, it put India back quite a bit.

Currently Narendra Modi is the '3'rd most followed personality on Twitter globally whereas '1'st on Instagram & Facebook. Comprehending the influence of '1, 3, 5 & 6' over a number '8' Narendra Modi, we're pretty confident that he'll extend his tenure as the Prime Minister to become an instrument in the growth & development of India.

In the 2014 General Elections, Shri Narendra Modi was in his 64th (1) Year, which was one of his favourable numbers due to the '1,3,5,6' influence on Number 8's. Also Number '1' being a representative of Sun, is an indicator of Leadership & Power. Number '1' facilitates commanding positions. Hence, in his 64th (1) Year, Narendra Modi truly imbibed the qualities of '1'.

On the other hand, opponent Rahul Gandhi was in his 44th (8) Year which was not in his favour considering his bag of numbers. Also, his signature restricts his growth as the potential candidate since it ends with a dot, which is like a full stop.

When numbers do the talking, everyone is rocking Hence, we're looking forward to some 'Sachhe Din'!
Copyright © 2016 Jumaanis All Rights Reserved | Disclaimer
Site Designed by : Design Dynamics