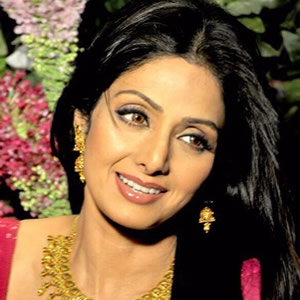 On our favourite childhood actress, Sridevi’s Birth-Anniversary will publish a story that was written by us but hidden as skeletons in cupboards for months...

On our favourite childhood actress, Sridevi’s Birth-Anniversary will publish a story that was written by us but hidden as skeletons in cupboards for months...

A lot has been already written about the mystery behind India’s first Superstar Actress, #Sridevi Ji’s sudden & shocking demise.

Have grown up watching Her entertain us all, admired her to the hilt like you all.

Speculations are still doing the rounds too, be it on TV, Print, Radio or Social Media as to the cause of her actual Death.

A lot of you guys have also inboxed us to analyse what the Numbers say.

This post is not to take an opportunity to promote our works, we already have our hands full, with Gods Grace

This post is ONLY to throw light on what our name (or DOB) can signify, how best to tackle the negatives or make Name or Numbers more harmonious; after all, we strongly believe, ‘to be fore-warned is to be fore-armed’!

‘’This number is symbolised by “a Good Person blinded by the folly of others, with a knapsack on his back full of Errors.” In this picture he appears to offer no defence against a ferocious tiger which is attacking him. It is a warning number of illusion and delusion, a good person who lives in a fool’s paradise; a dreamer of dreams who awakens only when surrounded by danger. It is also a number of false judgment owing to the influence of others. As a number in connection with future events its warning and meaning should be carefully noted.“
She was on the 22nd floor too

“This number has a very powerful potency of its own. It represents the nature of the warrior; it promises sudden advancement in whatever one undertakes; it is especially favourable for those in military or naval life and for leaders in any field. At the same time it threatens enemies, danger, and the likelihood of assassination.’’

Benazir Bhutto & Mohandas K Gandhi both added to 51 by their names and nobody can describe their lives in one para the way Name Number 51 denoted above!

15. This is a number of occult significance, of magic and mystery; but if associated with one of the peculiar number, such as a 4 (she was born on 13th) or an 8, the person it represents will not scruple to use any sort of art, or ever ‘black magic’, to gain what he or she desires. It is peculiarly associated with ‘good talkers,’ often with eloquence, gift of Music and Art and a dramatic personality, combined with a certain voluptuous temperament and strong personal magnetism. For obtaining money, gifts, and favours from others it is a fortunate number.”

The name Boney Kapoor (who tragically lost two wives) on the other hand adds to a number which has the following meaning:

47-‘This number indicates uncertainties, treachery, and deception of others; it foreshadows trials, tribulation, and unexpected dangers, unreliable friends, and grief and deception caused by members of the opposite sex. It gives grave warning if it comes out in anything concerning future events.’
Copyright © 2016 Jumaanis All Rights Reserved | Disclaimer
Site Designed by : Design Dynamics