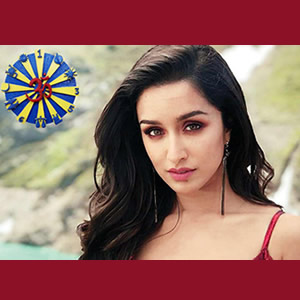 'Thirty-Three' is for this 'Stree'

'Thirty-Three' is for this 'Stree'

Born on 3rd March 1987, Shraddha is a double 3 as her primary number as well as Zodiac Ruler, Pisces is '3'. For those who don't know, 3, 6 & 9 are a family of numbers best suited for each other. Therefore, persons possessing these numbers do well in years adding to either of the three (3, 6 or 9)

However, 33 is one of the most powerful octaves for the family of numbers. And Shraddha, a number 3 is in her 33rd (6) Year, in 2019 (3). No prizes for guessing, she has 2 big projects coming up- one is Saaho which is releasing on the 30th (3) August and the other is Chhichhore which is releasing on the 6th (6) September. Both release dates are adding to her favourable numbers too

Anticipating a good 33rd year for her, just as we predicted the likes of Ranveer Singh delivering masterpiece Padmaavat in his 33rd, Dipika Kakar lifting Bigg Boss 12 in her 33rd, Rohit Sharma lifting IPL 12 & becoming the highest run getter in WC '19 in his 33rd, and a lot more including David Warner, Shakib Al Hasan, etc. who outclassed themselves

Speaking of lucky years, Shraddha debuted in Aashiqui 2- her passport to Bollywood, which added to 3 and released in her 27th (9) Year.

Saaho was slated to release on 15th August but the makers pushed it to 30th (Also a better date for Shraddha) so as to avoid a clash with Batla House (Another product of Numerology) & Mission Mangal.

If you want to slay it, play it like Shraddha!
Copyright © 2016 Jumaanis All Rights Reserved | Disclaimer
Site Designed by : Design Dynamics